Hidden Gem of the Cape Winelands

The hidden gem of the Cape Winelands, Wellington lies in a picturesque valley at the foot of the Groenberg and Hawequa Mountains. Just 45 minutes’ drive from the bustling city of Cape Town, Wellington is a quaint town of beautifully manicured vineyards, classic Cape Dutch homesteads, and a colourful French heritage. With more French settlers than any other town in the cape, the valley was initially called Val du Charron – valley of the wagon-makers. The modern town of Wellington was founded in 1840, and was named after one of Englands greatest soldiers. Today, this pretty winelands town is home to a population of 62,000, with an economy based on wine, table grapes, deciduous fruit and cape brandy. South African viticulture originates back to the time of the French Huguenots, who settled in the area in the late 1600s. The Wellington Wine Route is one of the youngest in the Cape Wine region, founded in the mid-1990s. A popular whirlwind winelands destination, the wine route is small with the cellars an easy driving distance from one another.

Wellington lies on the banks of the River Kromme, and this magnificent valley is quite literally the home of the vines. With excellent soil and an ideal climate, the majority of South Africa’s vine cutting nurseries are in the Wellington area. Almost 90% of the country’s vines are grown in vine cutting nurseries (stokkieskwekerye), before being transported for planting in other regions. For wine tasting enthusiasts, Greatest Africa offers private wine tours in the wonderful Cape wine area, guided by boutique wine producer Richard Hilton, of Richard Hilton Vineyards. Richard is also the founder and MD of Greatest Africa, and his passion lies in the unforgettable and world renowned Cape wine experience. Based in the greater Cape area, Greatest Africa are on the ground experts. Knowledgeable and experienced, allow us to guide you in the perfect Wellington experience! 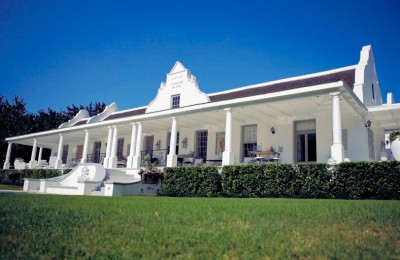