The Best Safaris in East Africa

Looking to regain your sense of wonder? Welcome to East Africa, where the jaw-dropping landscapes fight for attention with the huge numbers of wild animals marching across the plains. East Africa is uniquely African in a way that Northern and Southern Africa just aren’t. Within the kaleidoscope of changing landscapes, languages and regions you’ll find incredible wildlife, unmatched scenery and the adventure of a lifetime. Let’s explore a few of the best safaris in East Africa.

Tanzania, on the far east coast of Africa spreads over a wide region. From Lake Victoria in the north to Lake Malawi in the south; Lake Tanganyika in the west and Dar Es Salaam and the Zanzibari Archipelago on the African coastline in the east. It is a diverse and beautiful country with influences ranging from the native African tribes that have called the area home for thousands of years, Arabic traders, Persian conquerers and even the Portuguese. All these have shaped the Tanzania we know today, but the incredible natural beauty of the region remains largely intact along with some of the best safaris in East Africa. 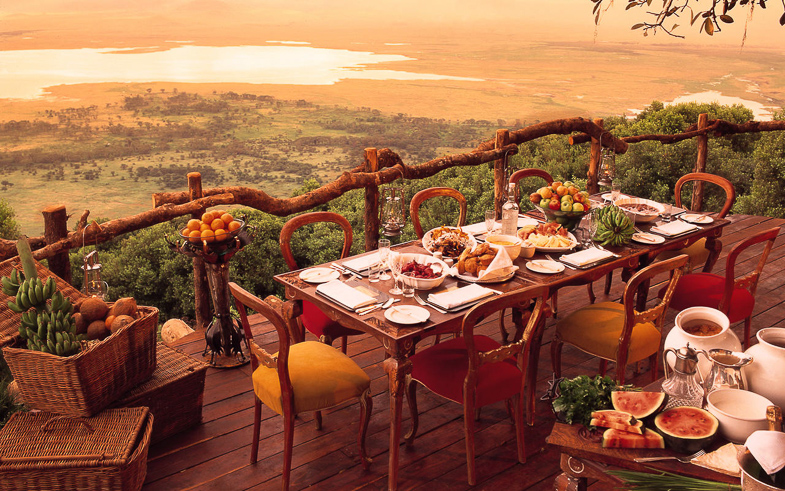 View over the Ngorongoro Crater from the Lodge

There are many must-see areas in Tanzania, and one of the best is the Ngorogoro Crater. Once an enormous volcano, the Crater formed when the cone of the volcano collapsed, making it the highest un-flooded and unbroken caldera in the world. The volcano left the area incredibly fertile, and it has become home to millions of migratory animals and the wandering tribes that have lived there for many hundreds of years. Book your stay on the very rim of the Crater at the Ngorongoro Crater Lodge to see everything up close. 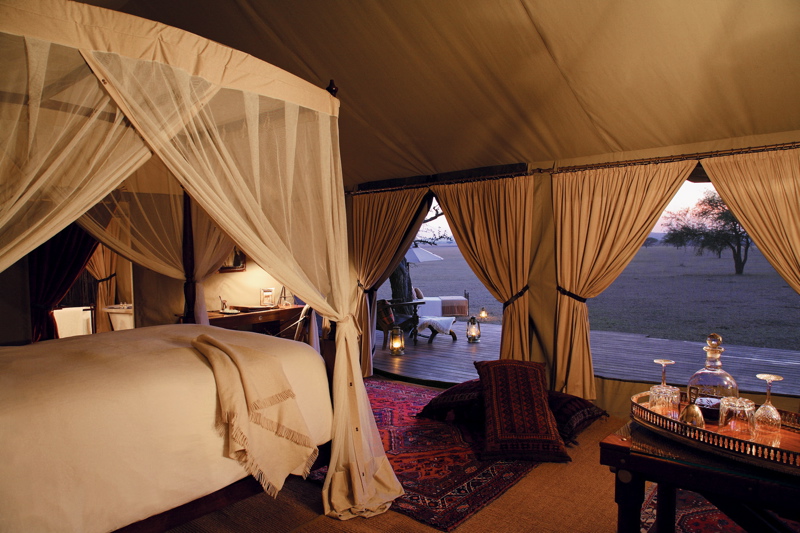 Next we move to the plains of Tanzania and the spectacle of the Great Migration. If you book at the Singita Sabora Tented Camp you can experience the migration of enormous herds of wildebeest, zebra and gazelles from your luxury tented campsite. 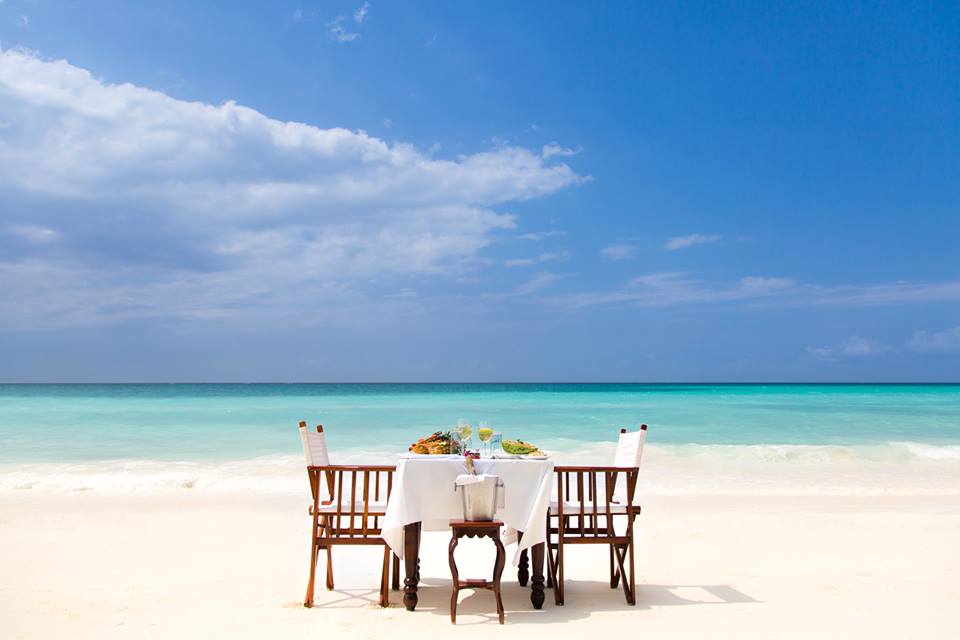 An oceanside breakfast at the Ras Nungwi Beach Hotel

One destination that is beloved by lovers of luxury and adventure alike is Zanzibar. The tiny island lies off the coast of historical Dar Es Salaam and is reached by small aeroplane or ferry from the mainland, and several international airlines fly into Stone Town Airport each day. In the north of the island lies the Ras Nungwi Beach Hotel, a haven of peace and tranquillity. The island is small enough to explore in a few days, and offers a great mix of adventure and luxury to its many visitors.

Kenya is bordered by Tanzania, Uganda, South Sudan, Ethiopia and Somalia and is home to both the wandering Maasai Mara people and is home to a large part of the Great Migration. If you’re hoping to combine a Big Five safari experience with a beach island holiday, Kenya is the perfect place to do so. As well as watching the migration of millions of wildebeest, gazelle and zebra, you’ll get the opportunity to watch the activities of the many predators that are drawn by these huge herds.

The Kichiwa Tembo Tented Camp looks out over the vast plains of the Masai Mara National Reserve. As well as catching the Great Migration, you can revel in the incredible tranquillity of the Oloololo Escarpment along the Sabaringo River. Take a guided walk through the bush or see the plains from above in a hot air balloon – you can even bring the whole family, as the camp has dedicated family suites and childminders.

Looking up at Mount Kilimanjaro is the luxury tented Tortilis Camp, tucked away on the southwestern edge of Amboseli National Park. Over one thousand elephants call the park home and you can watch them from the deck as they wander through to the local watering hole. You can take guided game drives or walk through the bush with the local Maasai people. Experience a true African sunset in all its glory with unforgettable views of the snow capped Mount Kilimanjaro in the background.

On the northern border of the Masai Mara National Reserve, Mara Plains Camp is a cosy haven of understated charm and elegance. Among activities like guided game drives, visits to a nearby Maasai village and hot air balloon rides, keen riders can also take a guided walk through the bush on horseback. Only accessible by 4×4 or a charter plane, this is truly an exclusive retreat from the world and definitely one of the best safaris in East Africa. 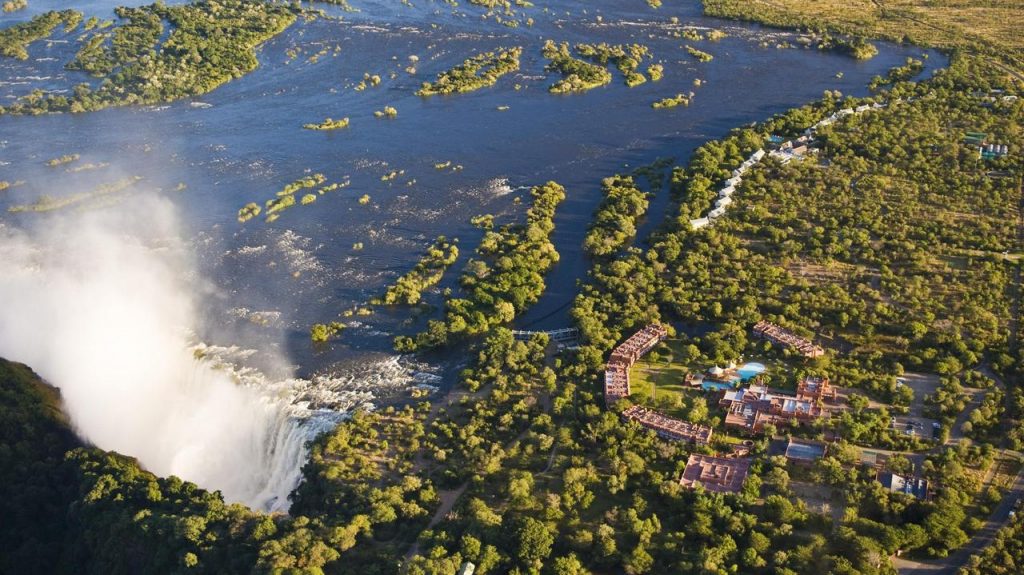 Aerial view of The Royal Livingstone and Victoria Falls

Zambia is something of a hidden gem in Africa. Although completely landlocked, it’s one of the rare places you can enjoy a water safari, spotting hippos and crocodiles from boats in the many rivers and lakes. It’s also home to part of the great Victoria Falls – the other part being in Zimbabwe, which renders it less accessible to some visitors. If seeing the Falls is on your bucket list, we highly recommend The Royal Livingstone, a pristine resort right on the banks of the river and within sight of ‘Mosi-oa-Tunya’, the Smoke that Thunders. 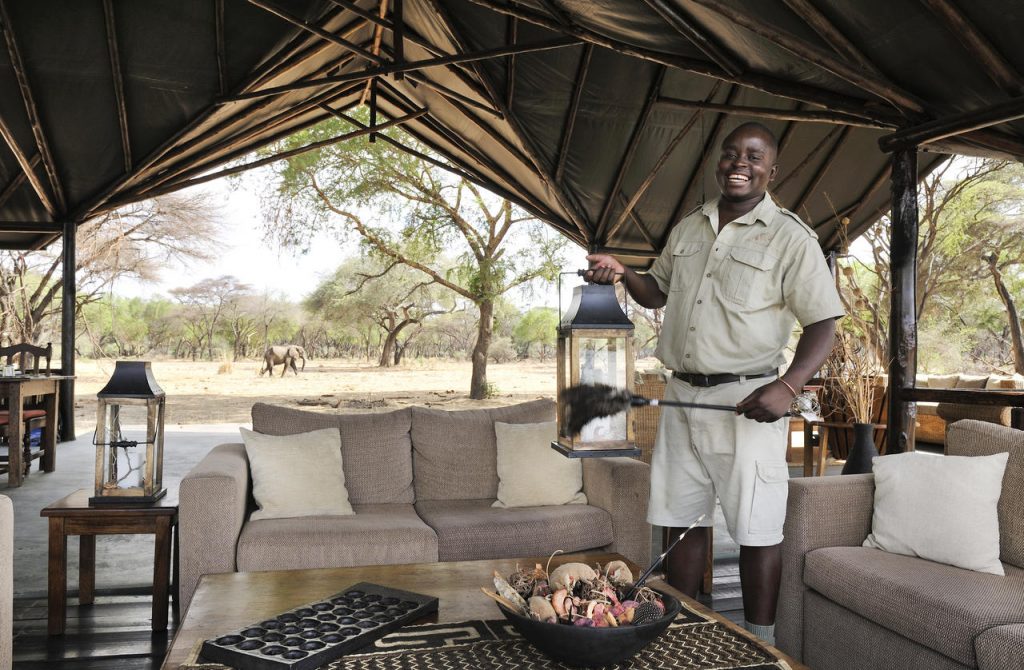 Watch elephant from the lounge at Old Mondoro Camp

The last on our tour of the best safaris in East Africa is the Old Mondoro Camp, on the Lower Zambezi River. Although ‘old’ features in the name, this camp is anything but. From here you can enjoy game drives, bush walks, water safaris and fishing expeditions, or relax and watch the game walk past from the sundeck and open-air lounge.

East Africa is home to such a wide variety of animals, vistas and experiences you’ll need to visit countless times to experience it all. It’s truly the African destination that keeps on giving and getting better each time. We hope this virtual tour through the region has inspired you to make your next holiday a safari getaway to remember in East Africa. Contact us to arrange your itinerary and stay in some the best safari lodges in the world.