The Zambezi Queen is based on the shores of the Caprivi Strip, and is within a few kilometers of where the borders of Zimbabwe, Zambia, Botswana and Nambia all meet. The Zambezi Queen, although a unique African experience, has the sophistication and elegance of 5 star luxury, and operates along the Chobe River located between Botswana and Namibia. 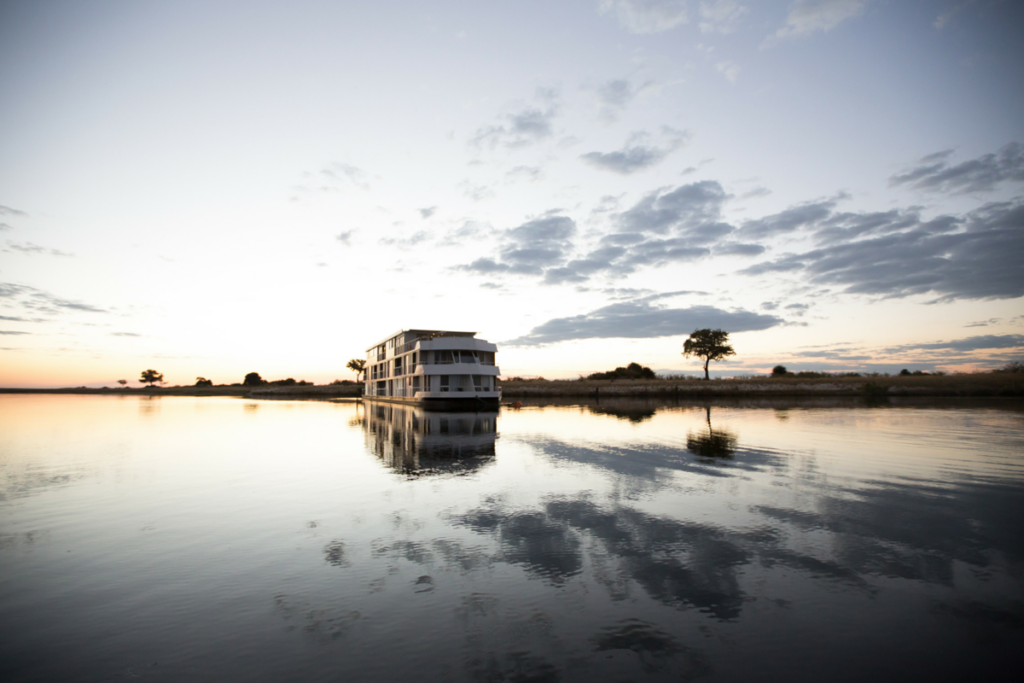 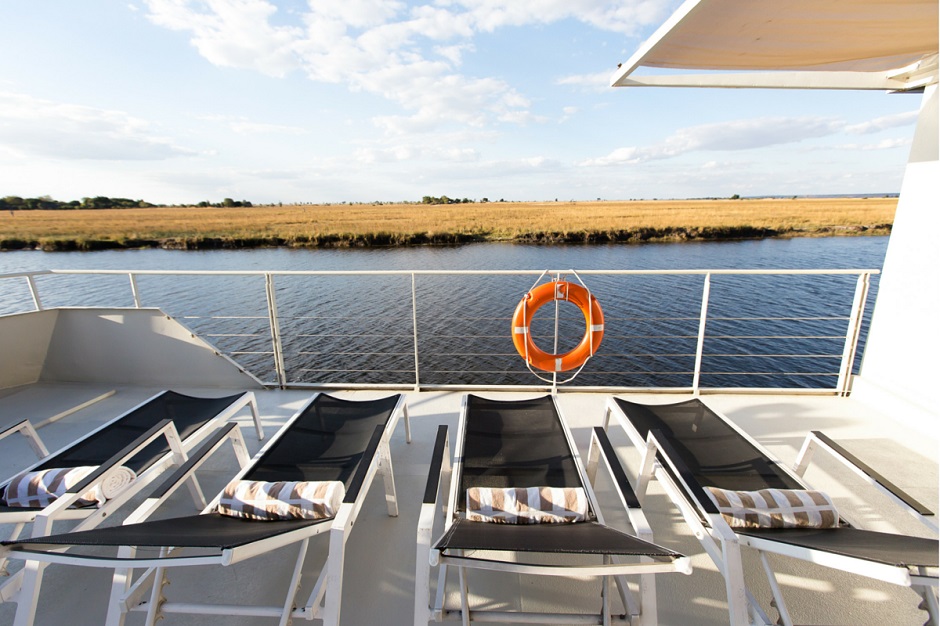 About the Zambezi Queen

Based on the Chobe River, the Zambezi Queen It is a very special experience to witness the life of the wild, both in the water, and on the river banks, from the haven and luxury of the Zambezi Queen.

The Chobe River has two seasons: 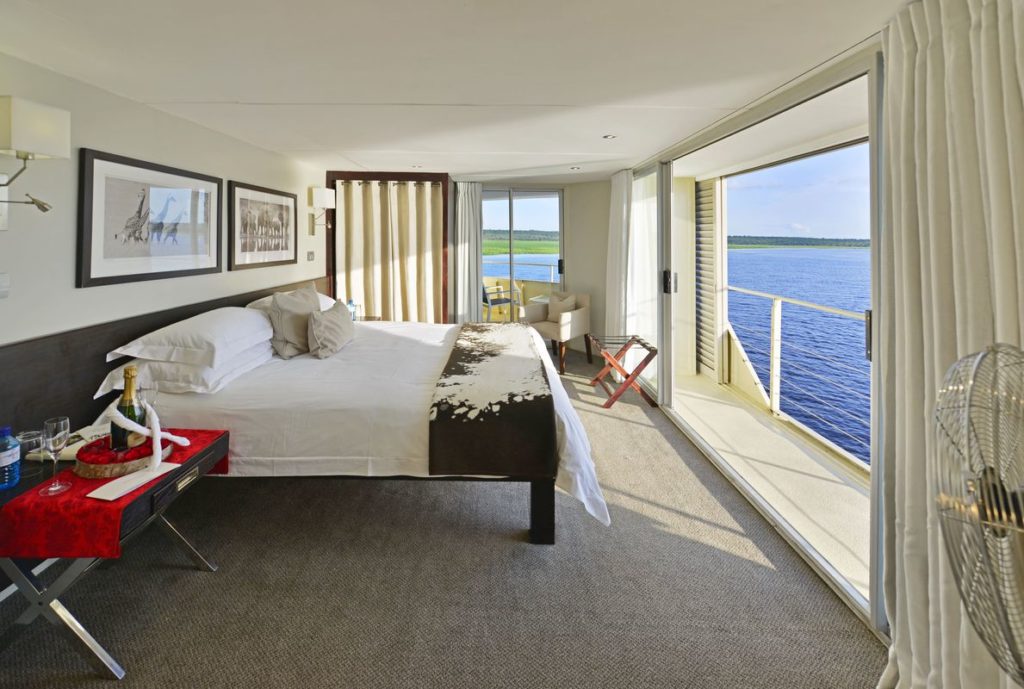 One of the luxury suites aboard the Zambezi Queen

There are a total of 14 plush suites on board the Zambezi Queen situated on the first and second levels. These comprise 10 Suites with small private balconies and 4 Master Suites all of which have a large balcony and interior. Because of the limitations regarding power, the suites are not air conditioned but have shutters on the outer edge of the deck and fans to cool and circulate the air throughout your cabin suite. 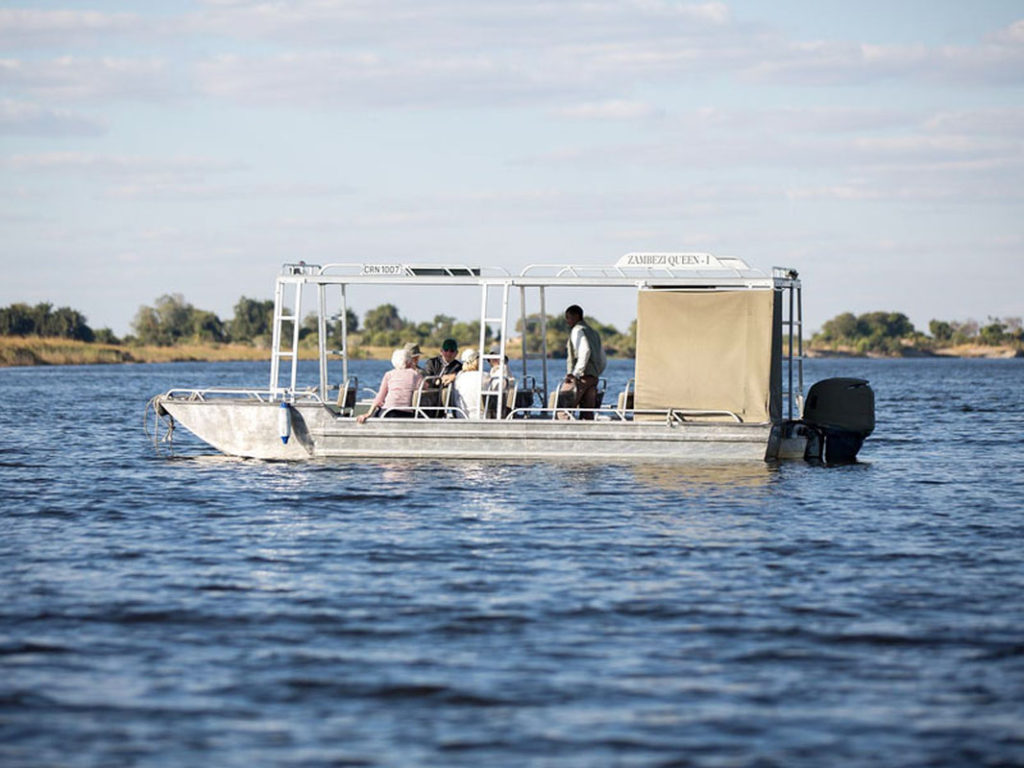 Activities and Attractions on board the Zambezi Queen 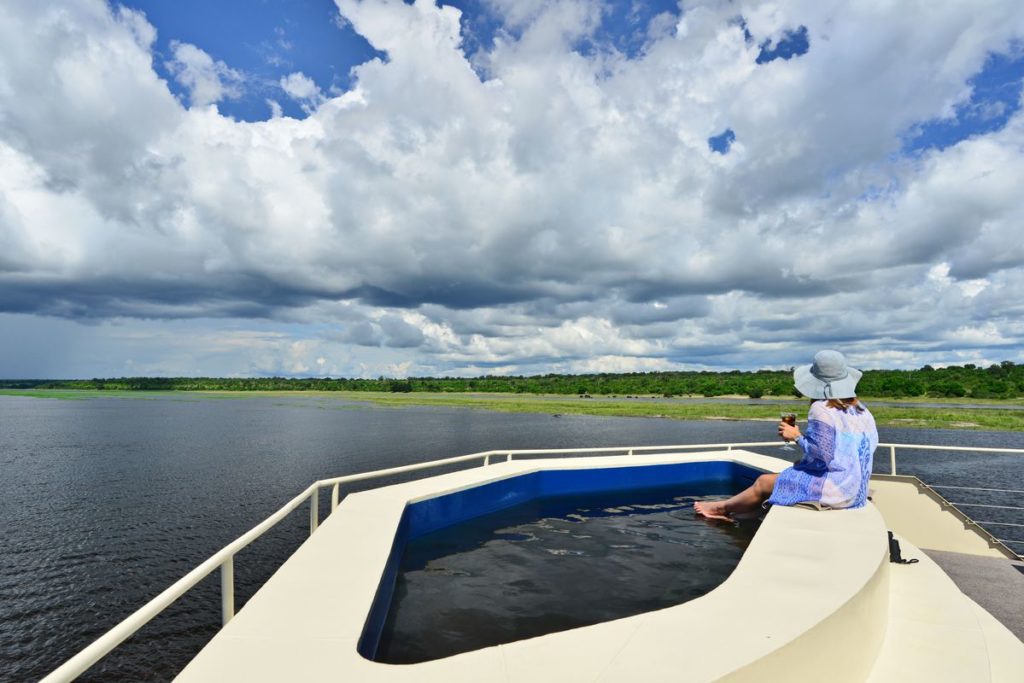 Game viewing on the pool deck 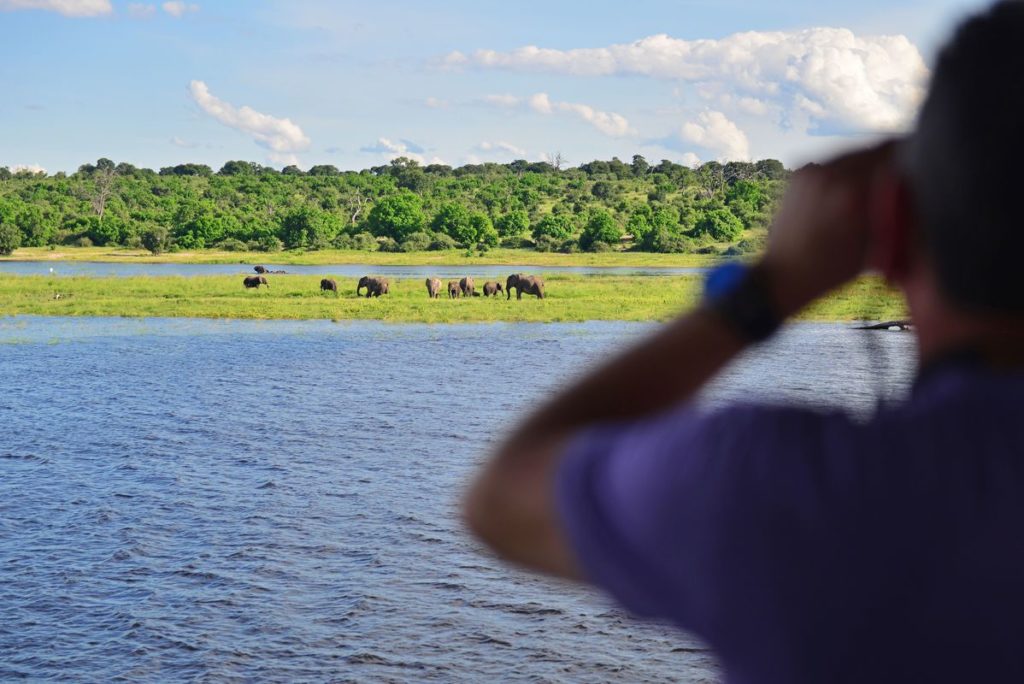 Greatest Africa was founded in the Greater Cape Area of South Africa, and offers private wine tours in the exquisite Cape Region. Our exclusive tours are guided by boutique wine producer Richard Hilton, of Richard Hilton Vineyards, who is also the founder and MD of Greatest Africa. 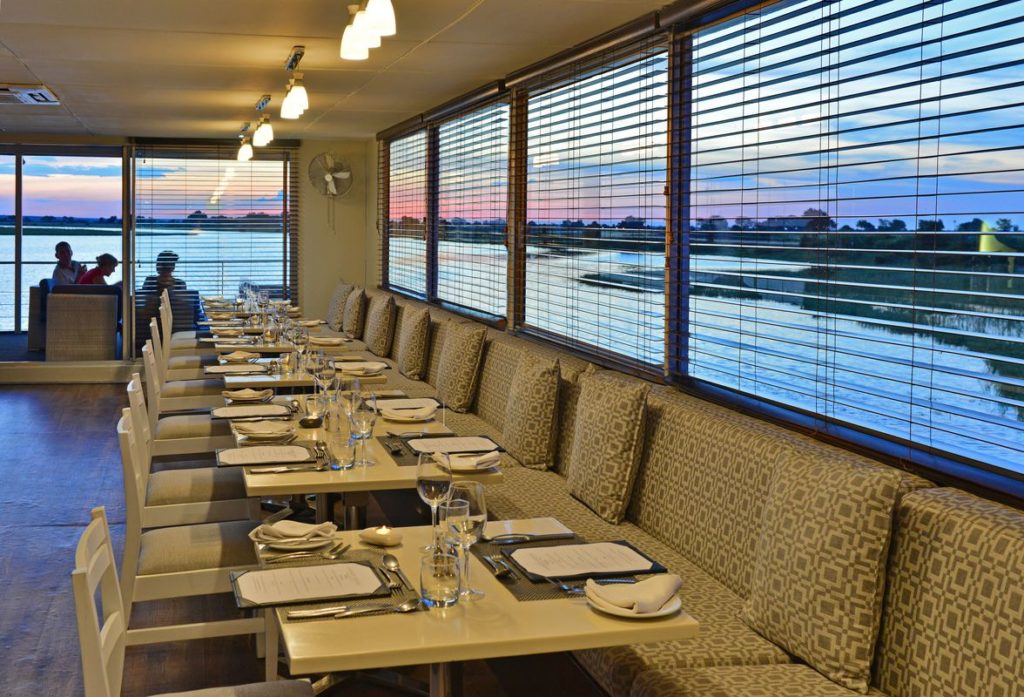