When you contemplate paradise, you might think of endless white, sandy beaches, palm trees swaying gently in the warm breeze next to a crystal clear ocean full of colourful fish. You do? Well, we’re thrilled to introduce you to paradise right here on earth: The Indian Ocean Islands. When we talk about the Indian Ocean Islands, we’re talking about the trifecta of Mauritius, Zanzibar and Seychelles. And if you thought these islands were the home of honeymooners alone, we’re here to tell you to think again. 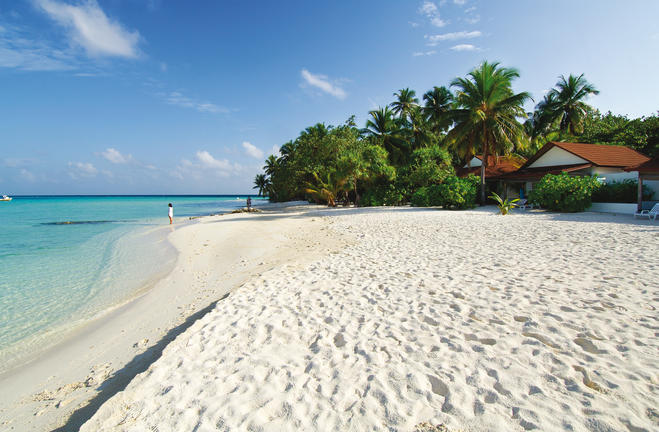 Indian Ocean Islands: What to do

There’s more to a tropical island than lying on the beach and drinking cocktails (although that is a perfectly acceptable activity in itself). These islands are known for their incredible watersports, reefs, sea life, local wildlife and local cultures. In short, you’ll have to visit again and again to get the most out of these incredible places.

First of the Indian Ocean Islands is Zanzibar. Off the coast of Tanzania — just a short ferry ride from the capital, Dar Es Salaam — is a small island with a long, varied history. It’s located at a strategically important spot on the African coast and was colonised by almost everyone from African tribes and the Portuguese. It was even colonised by the Omanis and became the centre of an enormous slave trade before being taken over by the British. But today, people visit Zanzibar for other reasons. 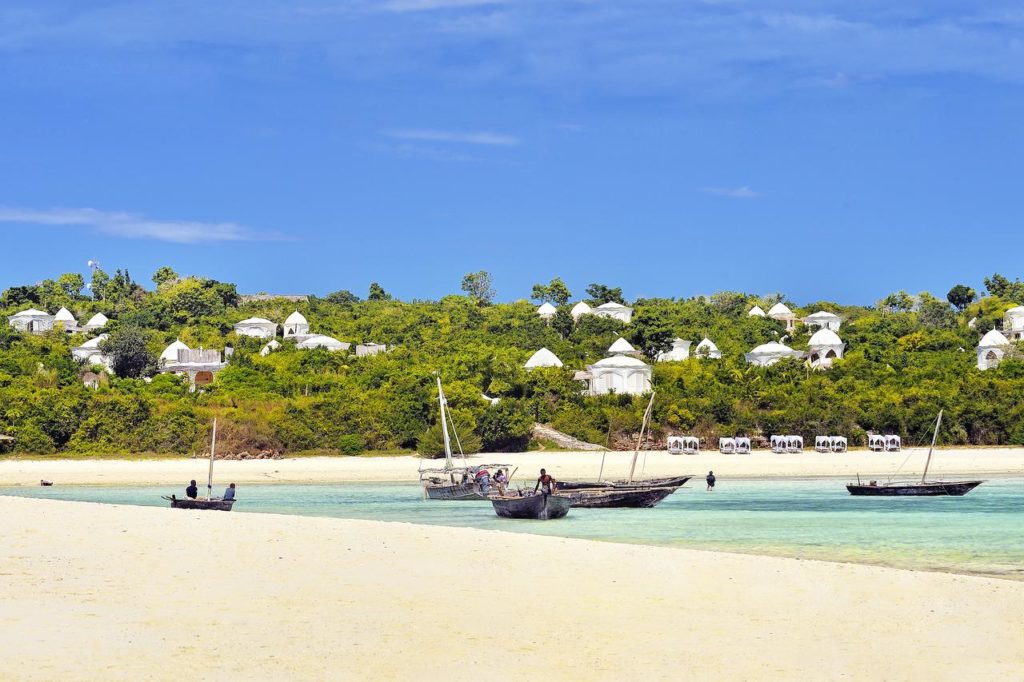 The island is small — you can drive around it in a few hours and across it in less — and is fringed by reefs and white, sandy beaches. Watersports are available everywhere, and you can dive, snorkel, dolphin safari and even waterski to your heart’s content. On land, visitors can visit the Red Colobus monkeys in the Jozani forest and shop for African and Arabic treasures and spices in the warrens of ancient Stone Town. From there, take a trip over to the now-decommissioned Prison Island (now known as Changuu) to visit the giant turtles and the incredible Slave Museum. Also known as the Spice Island, Zanzibar still grows cloves, vanilla, green pepper, nutmeg and cinnamon and visitors can go to these plantations and see how everything works. 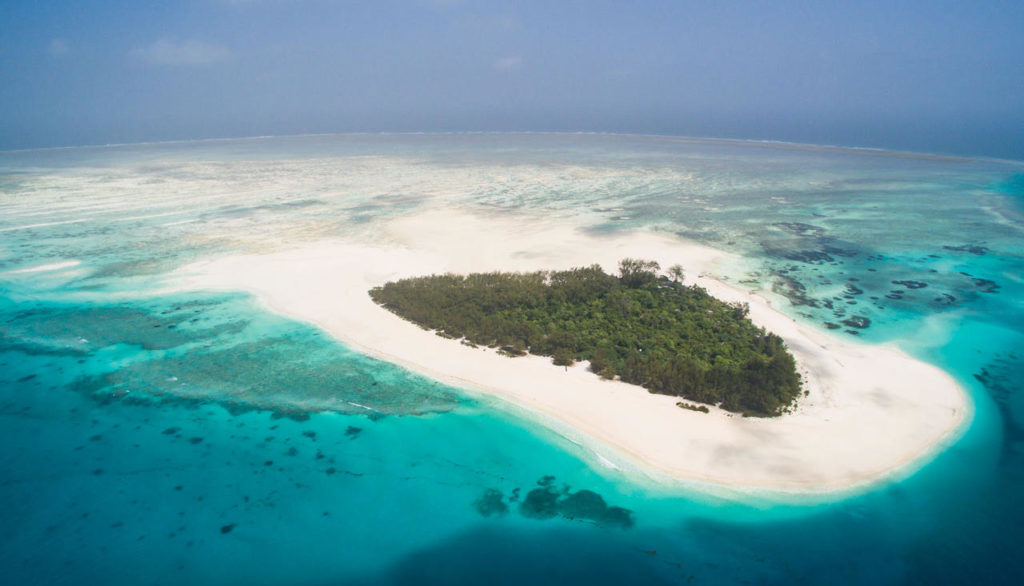 Zanzibar isn’t just a standalone island, though, it’s part of a larger archipelago. Pemba and Mnemba islands lie just off the coast of the main island, and there are many sandy atolls and smaller islands to visit, too. Looking for luxury out of the usual tourist crowd? Islands like Mnemba, above, are so small they have just one resort on them; Mnemba Island Lodge on Mnemba accommodates just 24 guests so you’re sure to get that R&R you’ve been craving.

Where to stay in Zanzibar

Mauritius lies off the coast of Madagascar, next to Réunion and parallel to Mozambique. It’s a short flight from South Africa and is a popular holiday destination because of that. The capital city is Port Louis, but northern Grand Baie and Trou-aux-Biches are where most of the big holiday resorts are found. Mauritius has been a Portugues, Dutch, French and English colony in its time, making it a multilingual multicultural country. Today, Mauritians are made up of French, Creole, Indian and Dutch speakers, but most people speak a little English, too.

Hospitality is ingrained in the local culture, and you will be well looked after no matter where you go. The tropical climate makes it balmy in winter and lovely and warm in the summer which is also the rainy season (they even get the odd cyclone between January and March).

If lying on the beach and ordering bottomless cocktails at one of the all-inclusive luxury resorts doesn’t strike your fancy, there are still so many things to do. Most of the resorts offer watersports like kayaking, snorkelling, sailing and diving, as well as land-based hiking, beach volleyball and tennis, bike tours and local village tours.

Where to stay in Mauritius

Seychelles is a little further north, lying slightly north-east of Dar-Es-Salaam in Tanzania. After starting off as a pirate base, the island was taken over by the French and then the English before getting independence in the 1970s. Seychelles is another archipelago consisting of more than 150 islands. Most of the islands are uninhabited and many are dedicated nature reserves. The main city is Victoria, but incredible hotels and holiday resorts can be found all over the main island and others in the archipelago. 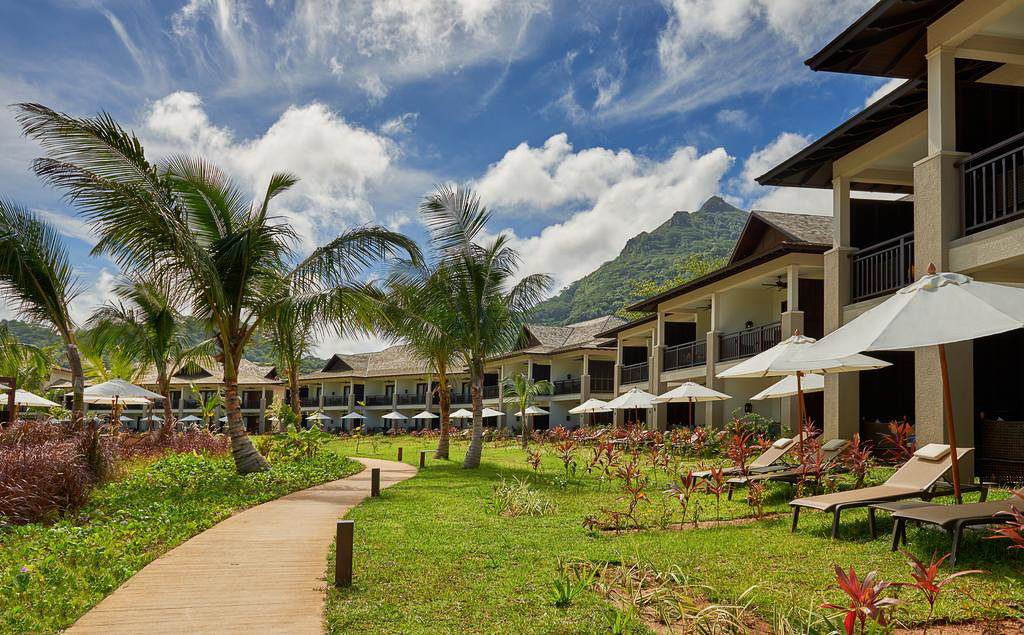 The main island of Seychelles is a little bigger than others in the Indian Ocean Islands, and there’s loads to do. Most resorts offer watersports, fishing, glass bottom boat tours to see the tropical fish and so much more. Luxurious resorts are everywhere, each more beautiful and well appointed than the last. You’re spoilt for choice on Seychelles!

Where to stay in Seychelles

Indian Ocean Islands: How to get there

All of the islands host their own international airports. Zanzibar can also be accessed by ferry, helicopter or small aeroplane from the Tanzanian mainland. Mauritius is a 5-hour flight from Cape Town or just under 4 hours from Johannesburg, so combining it with a trip to South Africa is really easy to do. Seychelles is a 6.5-hour flight from Dar-Es-Salaam, so it’s quite easy to combine it with a safari trip to the Serengeti or other of Tanzania’s incredible nature reserves and game parks.

So if you’re planning a trip to the paradise islands of the Indian Ocean — and you’re coming in from afar — we recommend spending a little more time on the African continent. Start your holiday in Joburg or Cape Town, or take an incredible African safari. Then hop over for a little R&R on the Indian Ocean Islands of Zanzibar, Mauritius or Seychelles. It’s a paradise worth travelling halfway around the world for, we can assure you of that.