The Pebbles Project was founded in 2004 by Sophia Warner (British), and in the short space of 10 years has become a much valued charity organisation based around the Cape winelands of South Africa. From the dark historic past of abuse and oppression within the agriculture and viticulture sectors, where foetal alcohol syndrome was rife among pregnant mothers, Pebbles Project is one of a handful of organisations offering a dedicated approach to the uplifted of poverty stricken families in rural areas, in the form of creche, clinics, after care services and community centers. The transformation of the well-being of the families and children touched by Pebbles is a heartening story, and one that continues to grow from strength to strength, day by day. Today, Pebbles looks after the well-being of over 1350 children with a staff of 93. Greatest Africa is proud to be associated with this charitable platform. 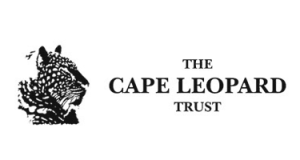 The Cape Leopard Trust is fundamental to the survival of this predatory mammal that heads the top of the apex; the Cape mountain leopard. These beautiful creatures have been in existence for millenia, however, since the arrival of European man in the 17th century their territory and existence has been threatened ever since, due to the rise in sheep farming and human urbanisation. If the Cape leopard becomes extinct in this part of the world, so will the animal life chain below crumble into rarity as each mammal feeds off the next. With a full time team tracking leopards by placing cameras in the mountains and cages used to re-locate them, the Cape leopard is now secure under a program of preservation. Greatest Africa is proud to be an annual donor to this cause.